Here’s one to think about – it even seems obivous in retrospect. Researchers have determined that our cities are built on the most fertile lands, which is impacting the climate since that land is critical in the overall cycle of the ecosystem. It appears that our yearly 1.8 percent gain in NPP (Net Primary Productivity – a measure of plant growth based on the rate of carbon absorption) is being offset by a 1.
Read more...

Today I woke up with a funny feeling in my lungs. It was like a tickle that no matter how much I hacked and coughed just wouldn’t go away. There was a light constriction to my breathing so I pretty much knew right away this wasn’t just some normal run of the mill congestion (it is that time of year after all). As a child I regularly in and out of various doctor’s offices.
Read more...

note: this was suppossed to be posted yesterday, but various little things got in the way… Some mornings just aren’t worth getting up for. That’s what I learned today. You see it all started when I stopped at the ATM to get some cash so that I could buy an espresso on the way in to the office. When I was walking back to my truck I noticed that my left rear tire was almost entirely flat.
Read more...

So, back in the mid nineties, a couple of years after dropping out of UT, I was involved with a couple of guys in a musical experiment of sorts. You might call it a band, but I’m not sure that would have been the best way to describe it. Granted, that may have been how others would have described us, but it doesn’t seem to really capture the way we thought of ourselves.
Read more...

From the wonderfully named site No Media Kings (now under the author’s own name at jimmunroe.net) comes Time Management for Anarchists.

Last night I was at Little City with Nicole, when I ran into my friend John who I hadn’t seen in ages. John is a fascinating character. He teaches astronomy classes at Austin Community College and tutors in math and physics. In addition to all this, he has a deep connection with the truely spiritual aspects of the world. Our conversation last night began with a question about a book he was reading on Tibetan yogas and progressed through a relating of various experiences and thoughts on how the spiritual can creep up on even a cynical, critic like myself.
Read more...

The Book of Ratings : Dangers Symbols, part 2. I can’t stop laughing. The people in the cube next to mine must think I’m on drugs.

A Moment of Silence 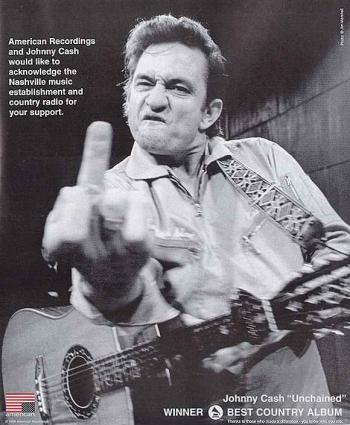 The previous entry’s mention of needing enough variety to make a reasonable selection about which school for Nicole to attend remind me of another interesting subject which I’ve been reading about lately: Stafford Beer. Beer, who I was not familiar with until just recently, was the founder of managerial cybernetics. Before you turn your attention elsewhere, let me point out that this is not nearly as boring (in my eyes anyway) as you might think.
Read more...

Latest Update on the Future Move

Well, as usual, it’s been a while. The biggest news I can come up with at the moment is that we’ve expanded the list of choices for our move next year. After some serious discussion about which schools Nicole’s applying to, we decided that we should probably look a little more abroad. Not that we have any problem with Boston, it’s just that certain decisions she had made about the schools there and the line of reasoning we had used to choose the right schools for her had eliminated all but two schools from the list: Harvard and Boston University (at least at that point).
Read more...
© Copyright 2020 Thomas Lockney
Powered by Hugo and Whiteplain